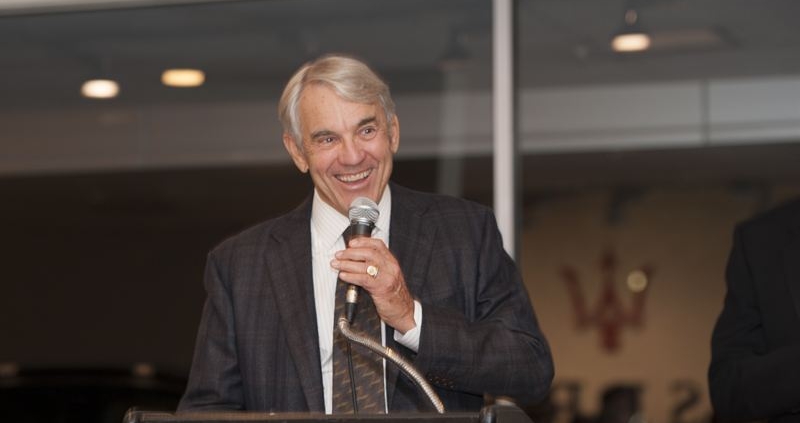 Applied Materials will be celebrating its fiftieth anniversary on November 10. To be a 50-year-old company in Silicon Valley is quite an achievement. To be growing fast, setting new records and delivering cutting-edge innovation at 50 is almost unheard of. Few companies can make that claim.

When I joined Applied in October of 1976 the company had about $17 million in revenue. We were over-diversified, hemorrhaging cash and facing bankruptcy.

When I was first offered the position to lead Applied, I talked about the opportunity with some friends and colleagues. No one thought my joining Applied was a good idea. I wish I could say that I knew this was the job I would have for the rest of my career. The truth is, my initial ambitions were short-term. Little did I know that I would lead the company for over a quarter century.

Early on we decided that our goal was to be the “Leading Semiconductor Equipment and Services Company Worldwide.” It was a very ambitious statement for a small company that was way down the list in its industry, but when I looked around at the competition, I felt we could become number one. It was true we were up against some very large companies, but they were not focused exclusively on semiconductor equipment. I didn’t see anyone else who had the right to be the clear leader; nobody had a lock on this segment.

Today Applied’s mission is broader but solidly established: “to lead the world with materials engineering solutions that enable customers to transform possibilities into reality.” This uses the knowledge, technologies, equipment designs, and patents built up over the years to expand semiconductor and display markets and enter new areas. The company is on its way past $14 billion in revenue. Under CEO Gary Dickerson and the outstanding global team, Applied just delivered the best quarter in the company’s history.

Last Friday I took part in an event at Applied’s Santa Clara office. It was billed as a conversation, and Joe Pon, who is VP of communications and public affairs at Applied, had set up a stage where we could chat. I was honored to find a full house, standing room only. I’ve known Joe for a long time and the interview was relaxed and fun. He asked what it was that made me successful as Applied’s CEO and I said that it has always been the people: their commitment, persistence, and collaboration. They succeed with a strong focus on the customer and a connection with the community.

What is your organization’s most important recent milestone? How did you celebrate?

Patience and Persistence for Results